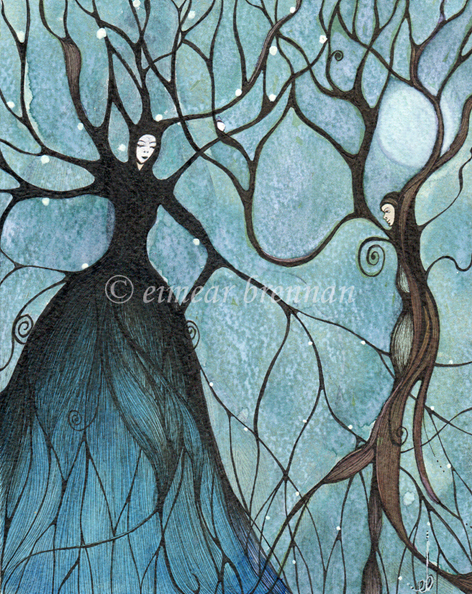 Samhain is one of the eight main ancient festivals in the Celtic Wheel. It marks one of the two great doorways of the Celtic year as well as celebrating the Celtic New Year. This is a time of letting go and releasing the old to die in order to be transformed. The Celts believed that Samhain was a time when the boundary between this world and the Otherworld grew thin and the dead could return to where they had once lived. Rituals associated with this festival involved providing hospitality for their dead ancestors. Food and drink were put out for the dead with great ceremony while windows, doors and gates were unlocked to give the dead free passage into their homes. As the two worlds collided ghosts, demons, and witches were also released from the underworld. To ensure that all evil spirits were kept at bay people lit bonfires to protect themselves from harm.

Add to Cart
If you would like to include a gift note with your order you can add a message in Note to Seller at the end of checkout.

​This giclé​e print second edition is limited to 150.  The first editon was a print run of 200.   The edition is divided into 3 sizes:  15 x 10 cm with mount, A4 (no mount) & 35 x 25 cm with mount.  All prints are printed on beautiful fine art paper using highest quality archival inks. ​A white border for framing surrounds each image & the above story/quotation is also included with each print. For more details on print sizes & postage see  shipping.