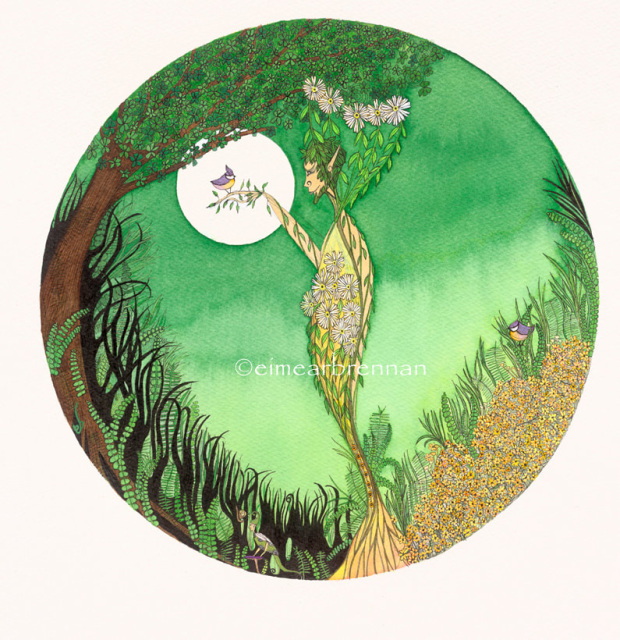 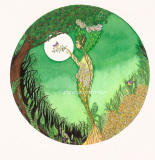 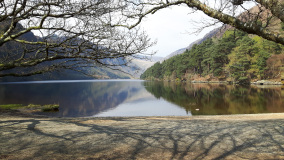 In the 6th century a monastic settlement was founded at Glendalough by the mystic and celtic saint Kevin. It flourished as a centre of learning and pilgrimage until the 12th century. St. Kevin was well known for his love and affinity for nature and all its creatures. It wasn’t unusual for wild animals to eat from Kevin’s hand or for birds to perch on top of his head. One story tells of the time when Kevin was praying withhis arms out-stretched in the shape of the cross (the cross-vigil) and a blackbird landed on Kevin’s arm. She proceeded to make a nest in his hand and laid an egg. Kevin held his position in silence with his arm out-stretched so as not to disturb the bird until the egg hatched.

Many of the myths and legends surrounding Glendalough involve stories like this about Kevin’s numerous encounters with its wild creatures. So if you ever decide to visit this magical place, slow down, allow yourself to tune into its beauty. And you may just sense that mystical spirit that is very much alive within the valleys, lakes, rocks, stones and earth of Glendalough.

Add to Cart
If you would like to include a gift note with your order you can add a message in Note to Seller at the end of checkout.

This print is packaged in a compostable corn-starch bag.  It will be shipped flat between two pieces of strong cardboard and wrapped in brown paper.

Glendalough is a place I love to visit and walk through every now and again.  I drew this piece over the space of two days, sitting in different locations, soaking up the magic of the landscape.   On the first day I walked up through Miners' Village and I found a quiet place to sit by the river.  I also spent some time drawing by the Upper lake later on.   On the second day I spent an hour perched up against a boulder, somewhere along the Wicklow Way and continued my drawing there.   After that I returned to finish the drawing in the forest by the lake at Glendalough.
When I went to look for the story for this piece I didn't really know anything about St.Kevin, as I hardly ever spend time in the monastic area of Glendalough.  So i was thrilled to find out about  his love of nature.   I had named the piece Green spirit of Glendalough before I had done any research.  So now I  feel as though St. Kevin's spirit is very much alive in Glendalough.   He's there, watching over the  lakes, the valleys, the trees and all of its creatures.​​​​​
​