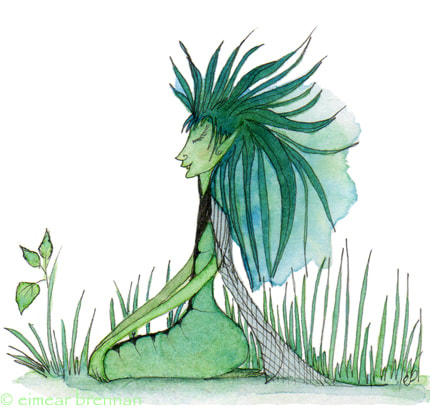 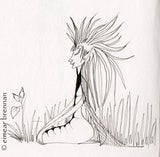 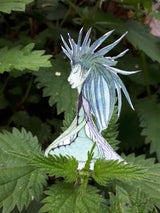 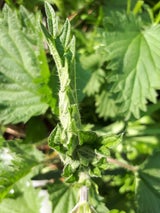 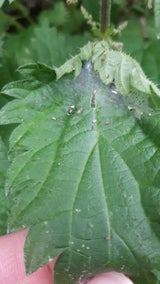 Nettle faery is unpredictable in nature. She likes to sting humans simply out of mischief but also if she is feeling annoyed with them. Other than stinging humans she mainly concerns herself with the well-being of wildlife that are supported by nettles. Butterflies and moths lay their eggs among nettles and she lets them know where the best nettle patches are. She watches over their eggs until they hatch into caterpillars and helps them when they start making their nests. She folds the nettle leaves into tents and clasps their edges together with silk from her cloak. Other caterpillars spin silk nests at the tips of the leaves and she adds silk to these nests if they get damaged. Nettle faery also looks after creatures like hedgehogs, frogs, blue-tits and ladybirds. She lets them know when there is an abundance of juicy insects to feed on among the nettles. Her hope for the future is that more humans will invite nettles to grow in their gardens. “It only needs to be a small patch” she says. She believes that many humans would be happy to have these creatures visiting their gardens. She promises not to sting anyone, but maybe only sometimes - after all, she is a nettle faery.

Add to Cart
If you would like to include a gift note with this order you can add a message in Note to Seller at the end of checkout.
​
​This print is packaged in a compostable corn-starch bag.  It will be shipped flat between two pieces of strong cardboard and wrapped in brown paper.
​​​​​​​